One of the reasons of the lack of updates on here was the work on the Stirling engine for my university design module. I had a few problems with getting it to run properly, and ran out of time for tweaking at the end, so decided to fit an electric motor. As well as the main engine, I decided to make a cut away version as shown on the left showing the basic operation of a Stirling engine.

The two models won the £50 cash prize as voted for by the 30 odd other groups on the same course! 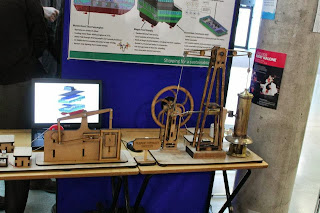 Posted by Manbench Industries at 14:33 No comments:

Just thought we'd let you know that we are still here! Both of us have been very busy as of late doing various non fun things! Work, exams and coursework - the usual. We both have one or two interesting things to post up at some stage, it's just finding the time! Still, the intention is for normal service to be resumed in about a months time! But between now and then, we will try and get one or two things posted up here to tide you all over! 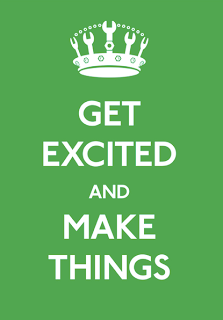 MBI
Posted by Manbench Industries at 21:26 No comments: