Probably the last update on here with regards to the garden railway for some time as I am off to university meaning I am unable to work on the railway. I finished converting all of my stock to 32mm gauge today and modified an LGB flat wagon to make a converter wagon between the LGB style of coupling and the traditional chain type of coupling as used on most 16mm scale stock. I ran a train using my Merlin Meteor locomotive and each piece of rolling stock in use at the moment - 13 wagons! 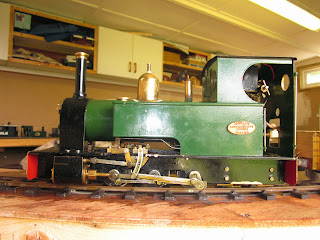 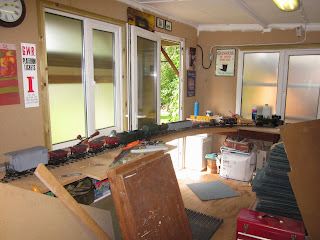 
Posted by Manbench Industries at 12:01 No comments:

Between messing about with model engines, I am involved with a friends collection of full size traction engines. Since 2008 he has been working on the rebuild of a Fowler BB1 ploughing engine, which has required a very thorough restoration. A lot of boiler work had to be done - including a new tubeplate, a patch in the barrel, new firebox and a new crown. As well as the boiler work a new tender, chimney and toolboxes were made along with a complete rebuild of the motion work, the latter being largely undertaken by Rory Morgan Engineering.

The decision however was made to leave the engine in as found condition as the owner already has a BB1 that has been fully restored providing a contrast between the two and allowing the public at events to see the work that goes into restoring an engine. 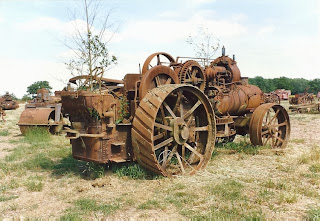 As purchased at the Philps sale in 1995. 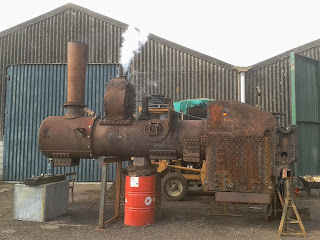 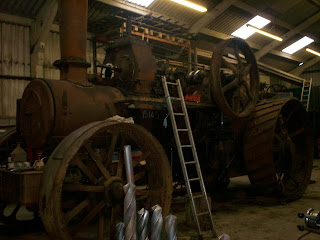 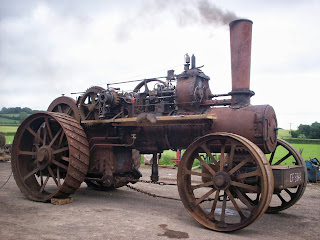 
Posted by Manbench Industries at 19:30 No comments:

Unquestionably the greatest homemade campervan in the world..... We at MBI will forever strive for such perfection in our work! Spotted at the Great Dorset Steam Fair 2013. 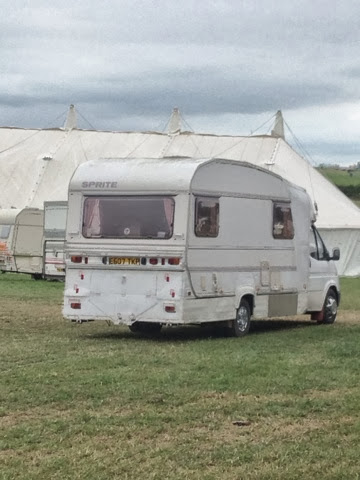 The Carpenter.
Posted by Manbench Industries at 14:47 No comments:

Bit late posting this one as I only just got around to putting the pictures on the computer. Last weekend, I went to the Great Challenge organised by the Steam Plough Club. My friend took his set of Fowler ploughing tackle and we spent the weekend in abysmal weather ploughing while the engines were sliding all over the place! Unfortunately, we only came 3rd in our class - but we have improvements to the plough to be made which should allow us to move up our ranks. 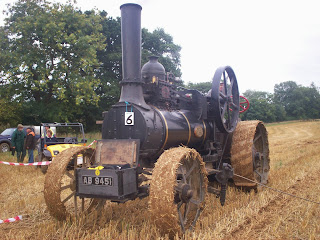 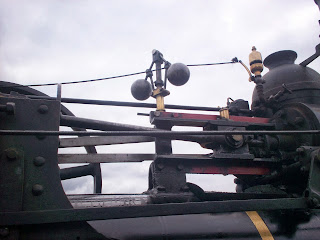 And a picture of one of the engines in our set. 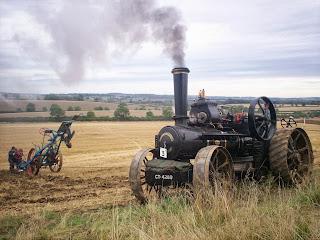 Posted by Manbench Industries at 11:27 No comments:

Not much progress on the line recently - I am lacking a few sets of points before I can progress further with track laying so I started converting my 45mm stock over to 32mm gauge. Why do you own 45mm stock I hear you ask...well, my hand was forced by the purchase of a 45mm Cheddar Iver, leading to the purchase of a large collection of 45mm stock and locos, which now all require conversion to 32mm. I started with the basic conversion of LGB and Bachmann G scale stock.

This was a simple process of turning down the treads of the wheels to stop them bumping along the chairs of the track, then driving out the steel axle from the moulded plastic wheels, lopping a few mil of each one, then pressing back together. Although an easy task, it was very boring - especially on a big bogie wagon! So to relieve the boredom I ran a train with the converted wagons!

The loco pulling the train is a Mamod William I. These new generation Mamod locos have received bad press, I, however have found this particular locomotive to be a very powerful and long running loco once the condensate is cleared from the cylinders. As an aside, this loco was bought secondhand from Forest Classics after being used as a sales demonstrator and was the loco appearing in the How It's Made segment on Mamod shown on Discovery Channel. 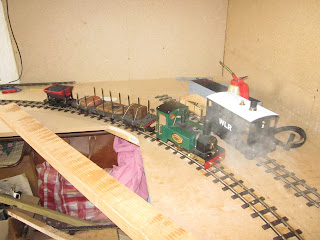 Posted by Manbench Industries at 19:55 No comments:

The moment you have all been waiting for - a train going round and around! Further progress was made on the garden railway today - the bridge was completed to a degree where the track could be laid and a light train run. I would like to fix a leg underneath the bridge just to support it in the middle as it is not as sturdy as I would like.

The bridge was re-enforced with strips of wood which kerfed to allow them to bend around the edge of the baseboard already cut. A strip was fitted each side of the board and these were then crossed braced with further strips across the board. The track was then fitted down and I decided to fire up a loco! 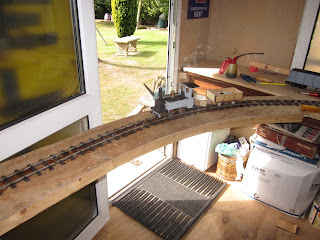 Posted by Manbench Industries at 18:06 No comments:

After spending almost a fortnight at the Great Dorset Steam Fair, my wallet came back lighter and the project list longer! I managed to pick up these items from the autojumble... 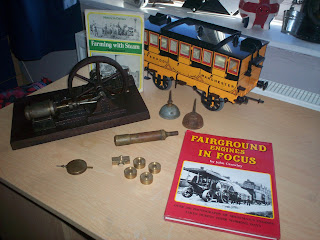 The engine on the left is from an old Marklin steam plant, at the moment it is seized but is currently being soaked in oil to free it up. I like the idea of building a generating plant to illuminate the garden railway with it as the chance of finding the matching boiler is very slim. The Rocket coach is something I have been after for a while to go with my Hornby Rocket set - it has a few steps missing and one of the buffers is damaged but I like it!

The two books are for my 'library' and the oil cans and grease gun are for my collection of these items - yes another thing I collect! The small brass items are to go in the might be useful one day box...

I partook in the steam roller world record challenge to get the most steam rollers rolling a single stretch of road in one day - they managed 102 rollers - the line up at the end was quite impressive. Unfortunately, due to the sheer size of it I was unable to get a photograph of the line up, however, aerial photographs were taken and these can be seen on the GDSF website. Below is a photograph of the rollers arriving in the ring ready for the lineup. 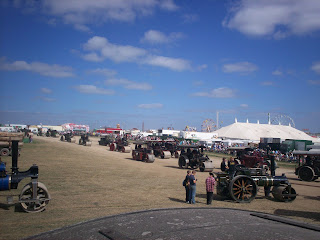 Posted by Manbench Industries at 13:54 No comments: