So while procrastinating from a looming calculus paper I decided I would knock up my own version of the Jimmy Diresta Hardwood Phonecase.

I'd noted the design a few weeks ago and thought it was an excellent and stylish alternative to the bulky, ugly work case my phone normally lives in. You can see the original build here; http://youtu.be/OkB3AQS4oW0

Also look out for other builds from Mr Diresta, he makes some really clever creative things!

So I've made a few alterations, mainly in materials, so here's the first few stages.

I used some 6mm canary wood for the main body, some stock that was lying around, and some 4mm green felt, both for added protection and I thought it looked a little nicer than leather in my humble opinion.

Here's the case glued and clamped up with a dummy wooden phone inside, note if you're going to glue up with a dummy make sure you wrap it in insulation tape so any glue can't stick!! 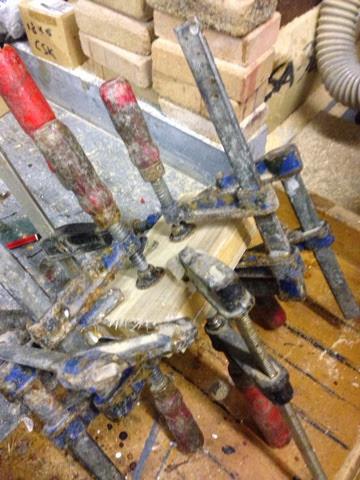 I decided to add a stamped brass plaque to the front, here's this polished up! For some reason upside down... 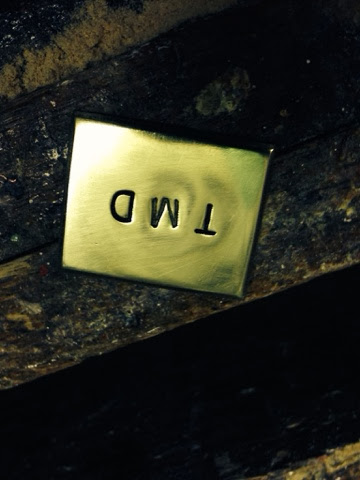 I'll post the next stages when I need to procrastinate further!

Posted by Manbench Industries at 18:29 No comments:

So this week I have decided to adjust the action on my double bass, notably slightly adjusting the curvature on the bridge to provide more vertical definition between the strings (more on this to follow in a proper article) I thought however that since this means removing the bridge I may as well take the time to make a few running mechanical/visual repairs to the instrument. Since it was going to be out of action for a while anyway. Firstly I took apart the spike I had made and adjusted the tolerance on the collar. I had somewhat underestimated how much this would move about and be subject to wet, thus soon found the shaft seized in the 0.05mm odd tolerance I had allowed!! This was easily remedied and after a through clean and polishing the spike now works and looks fantastic! I have since painted the collar black to protect from corrosion, the shaft however is just rubbed over with a little oil, no doubt it'll need re cleaning again in time but hopefully will be easier to remove and adjust in future!

Posted by Manbench Industries at 23:01 No comments:

The final part of this epic trilogy! I was particularly impressed by the exhibits on one table at the show - the table of Tony Bird, a name many of you will probably know from 16mm locomotive circles. Anyway, Tony is a fantastic and very imaginative engineer producing all sorts of unusual toys...but producing them beautifully! 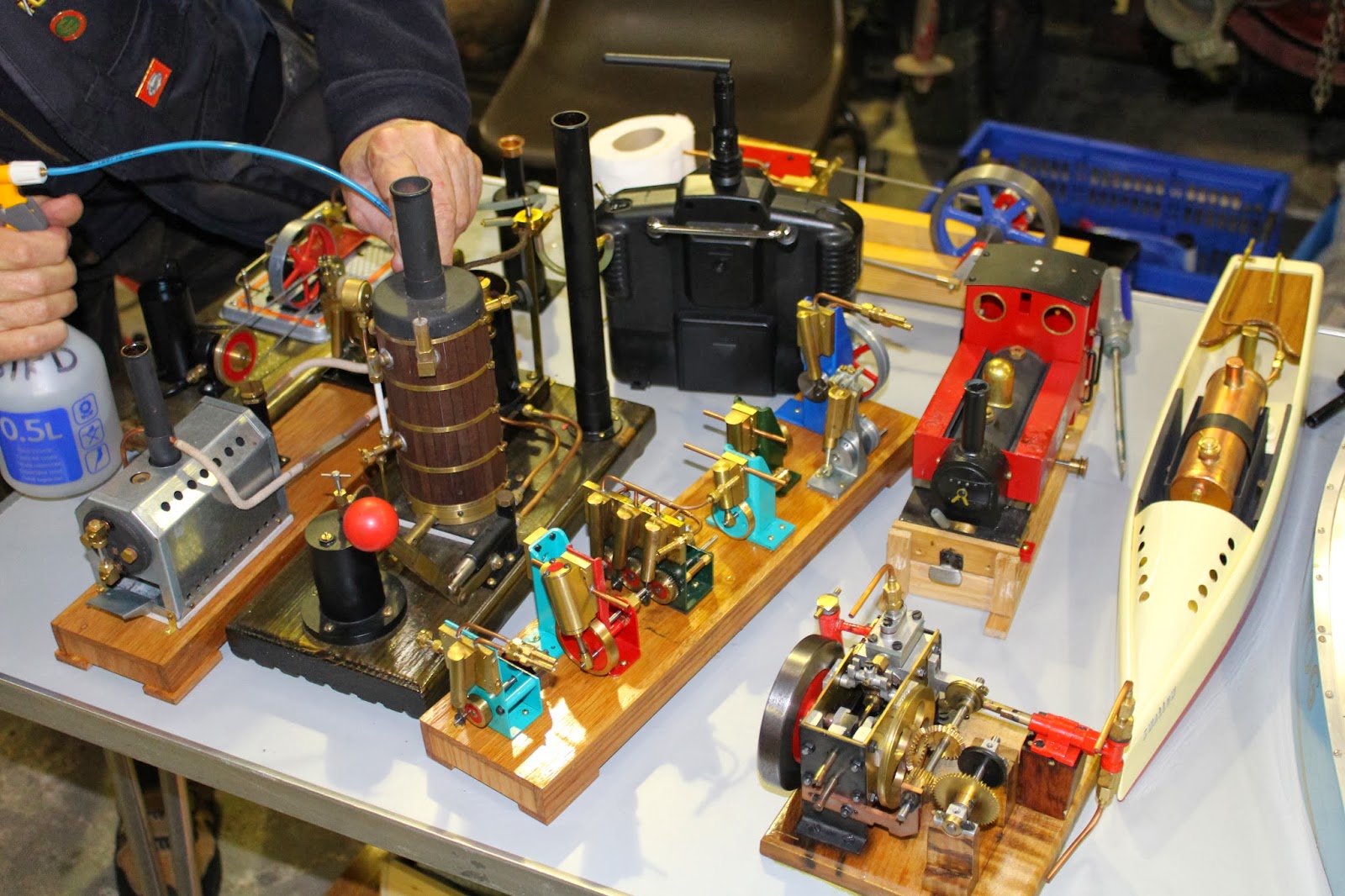 All sorts of gems! 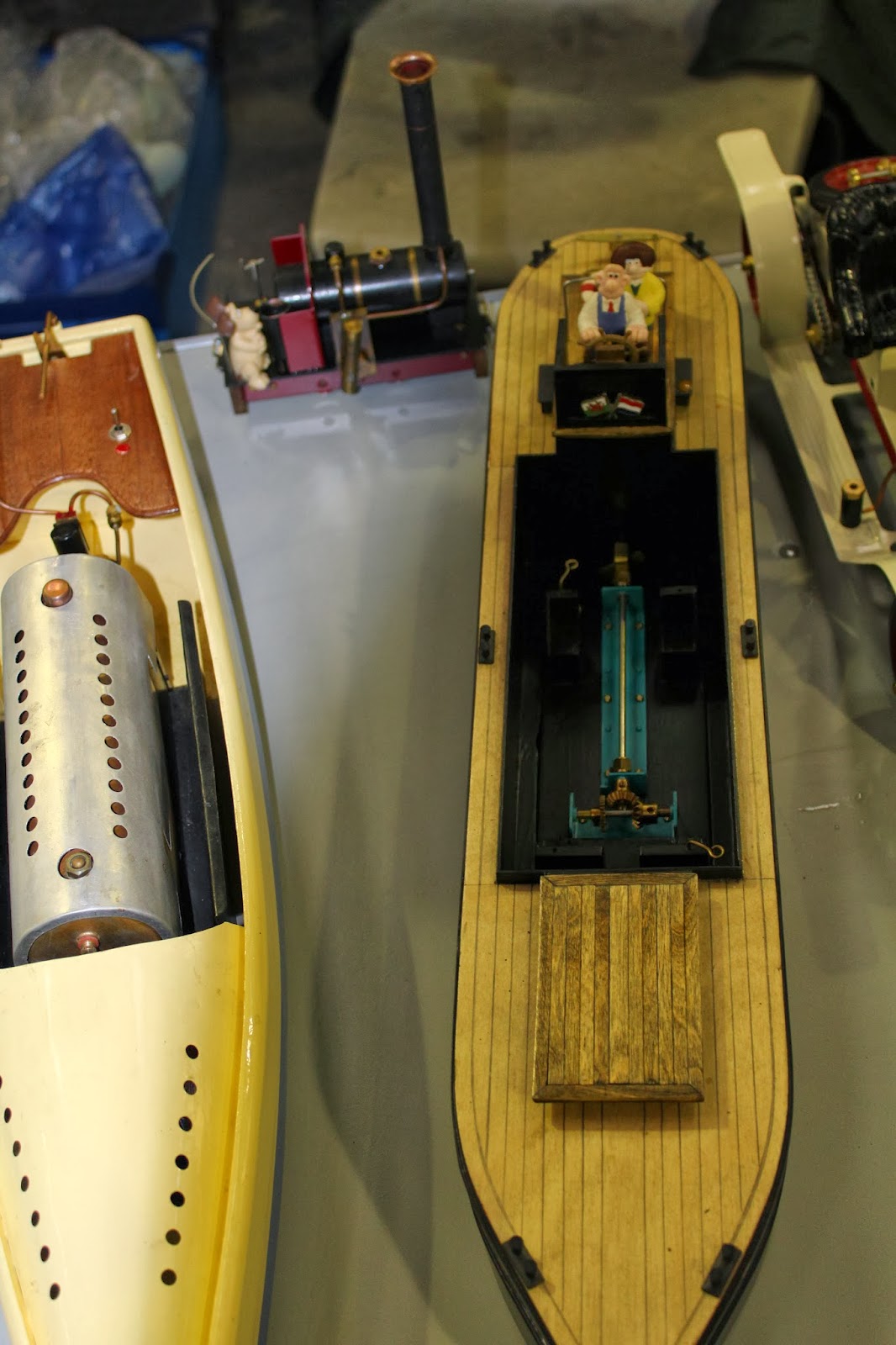 A locomotive driven boat! The little 'Cricket' locomotive behind cold be dropped onto the gearbox in the boat and used to power the propeller! 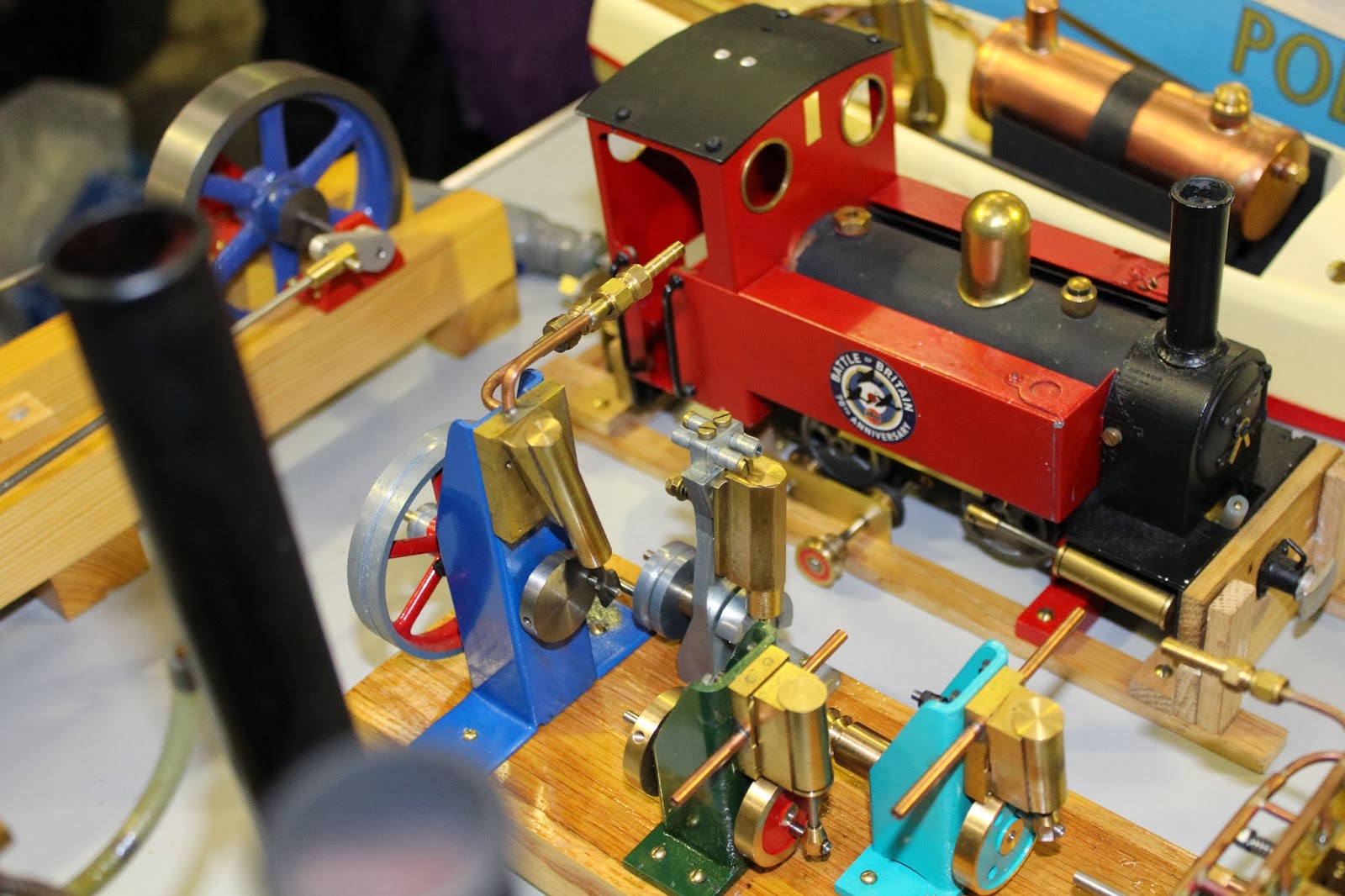 In a similar vein - how to derive stationary power from a Mamod locomotive. 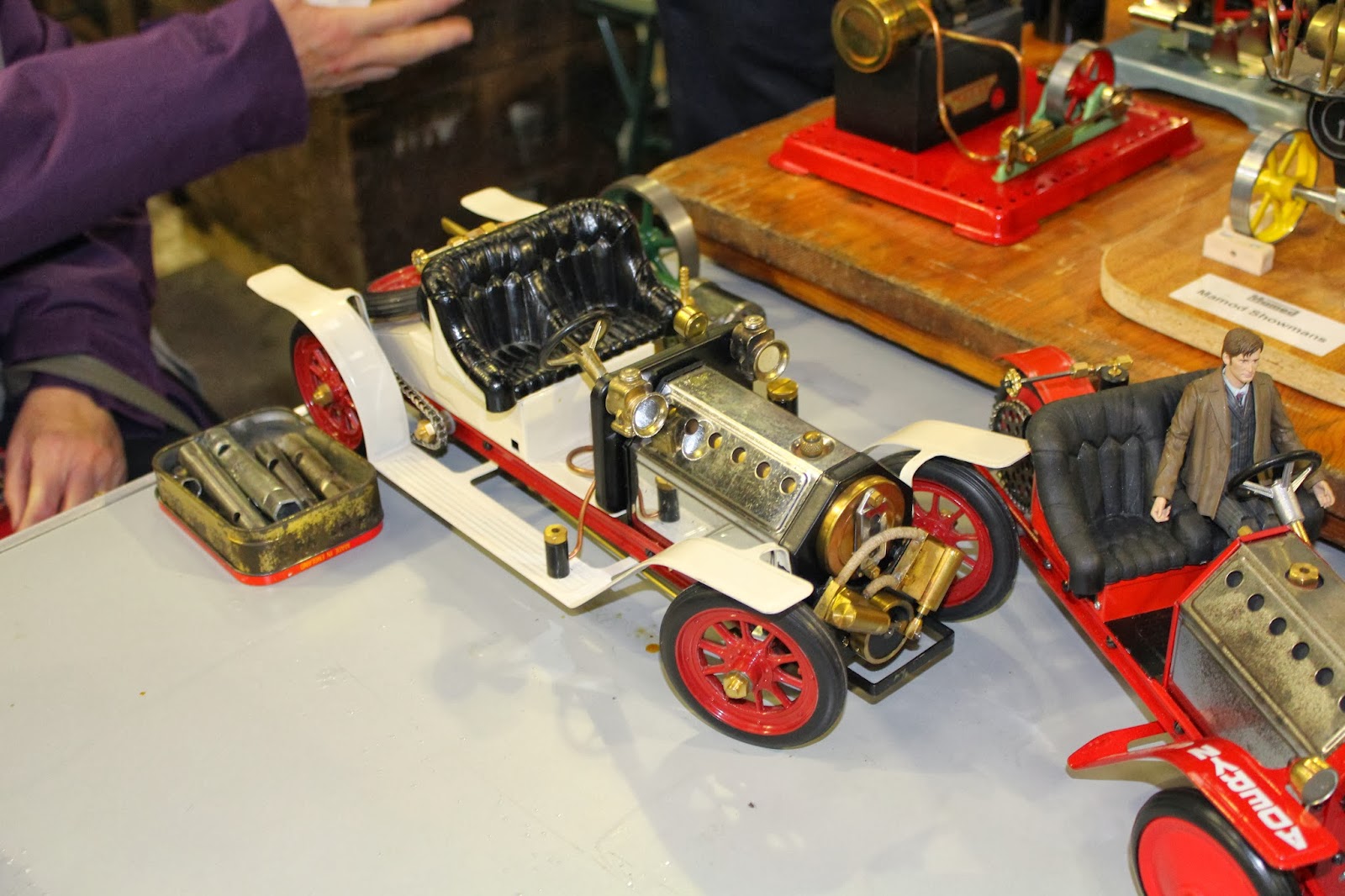 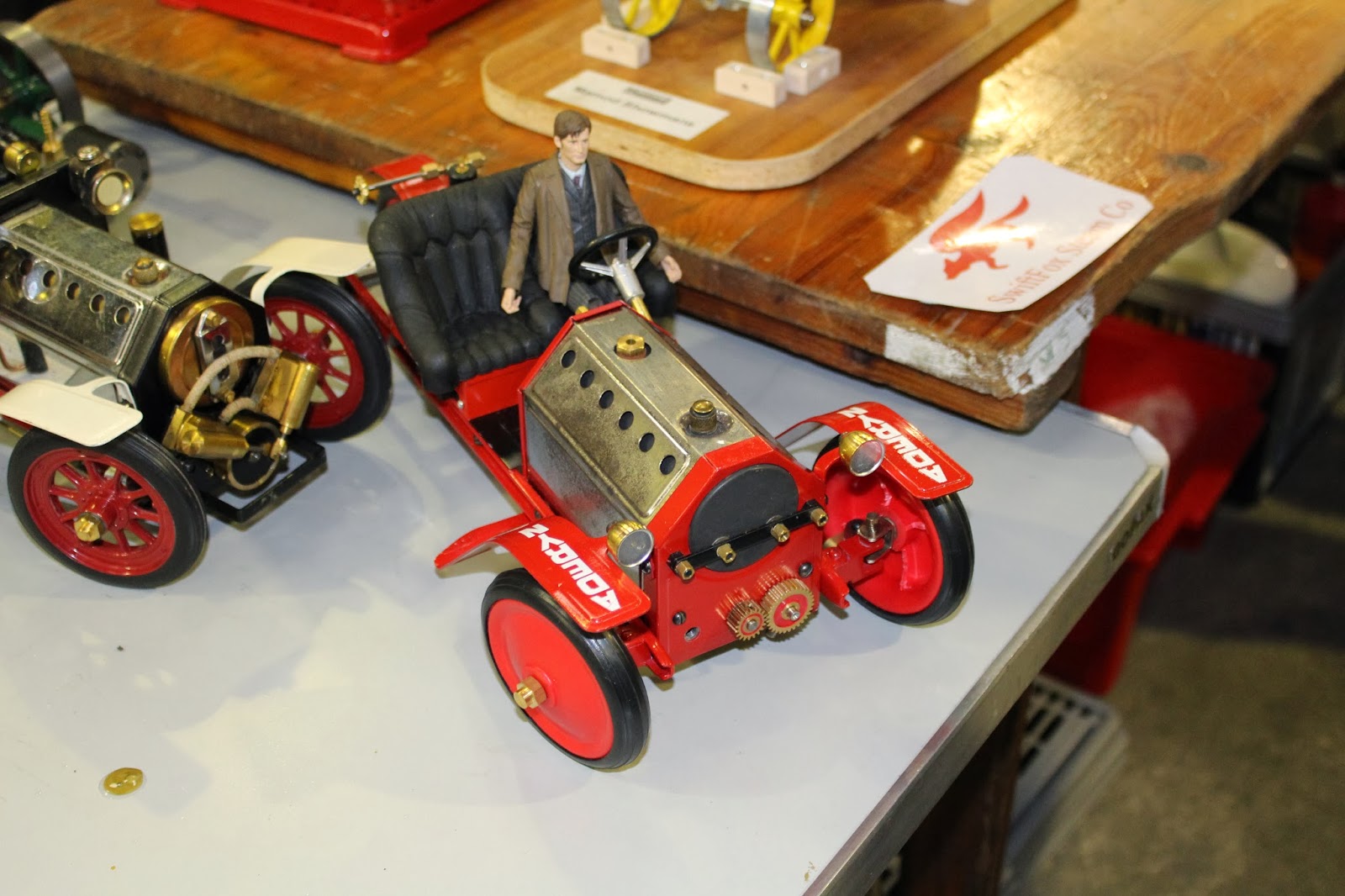 And finally, a 'suped up' 3 wheel version.

Posted by Manbench Industries at 16:09 No comments:

Not much to say really - just a few more things that interested me! 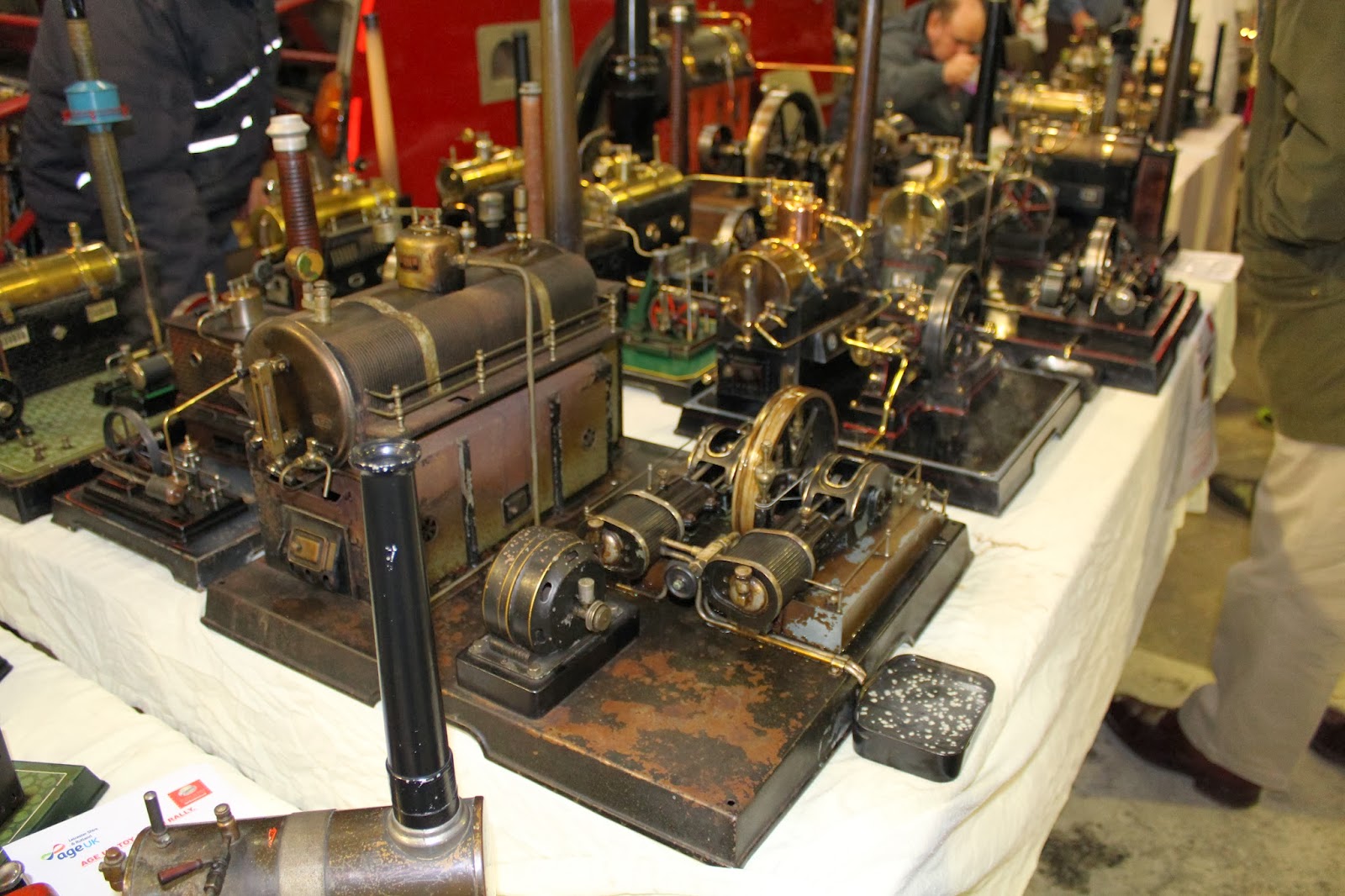 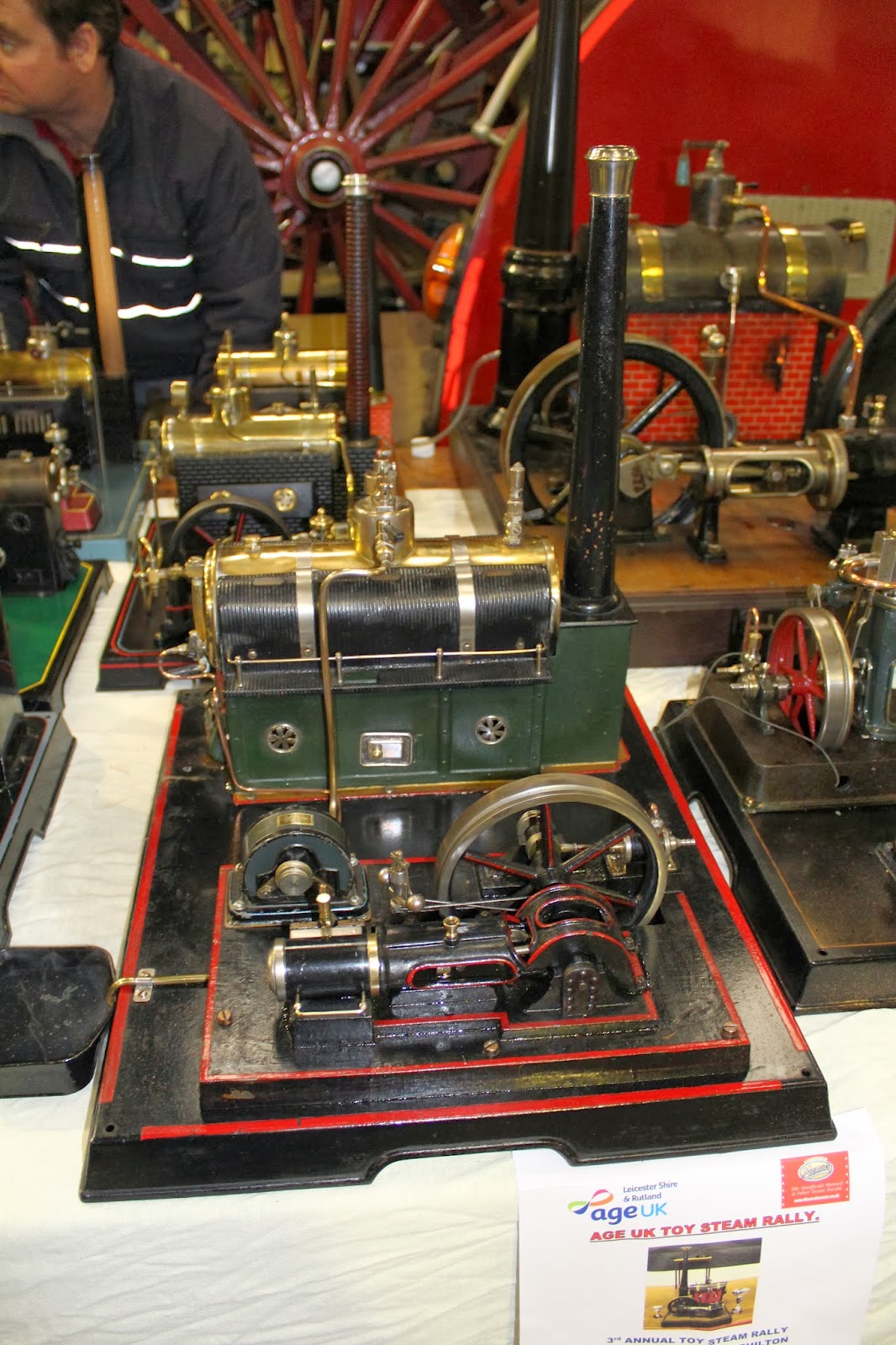 Another Marklin stationary engine - you may recall that I picked up the engine unit from one of these at the GDSF last year - you can see mine here. 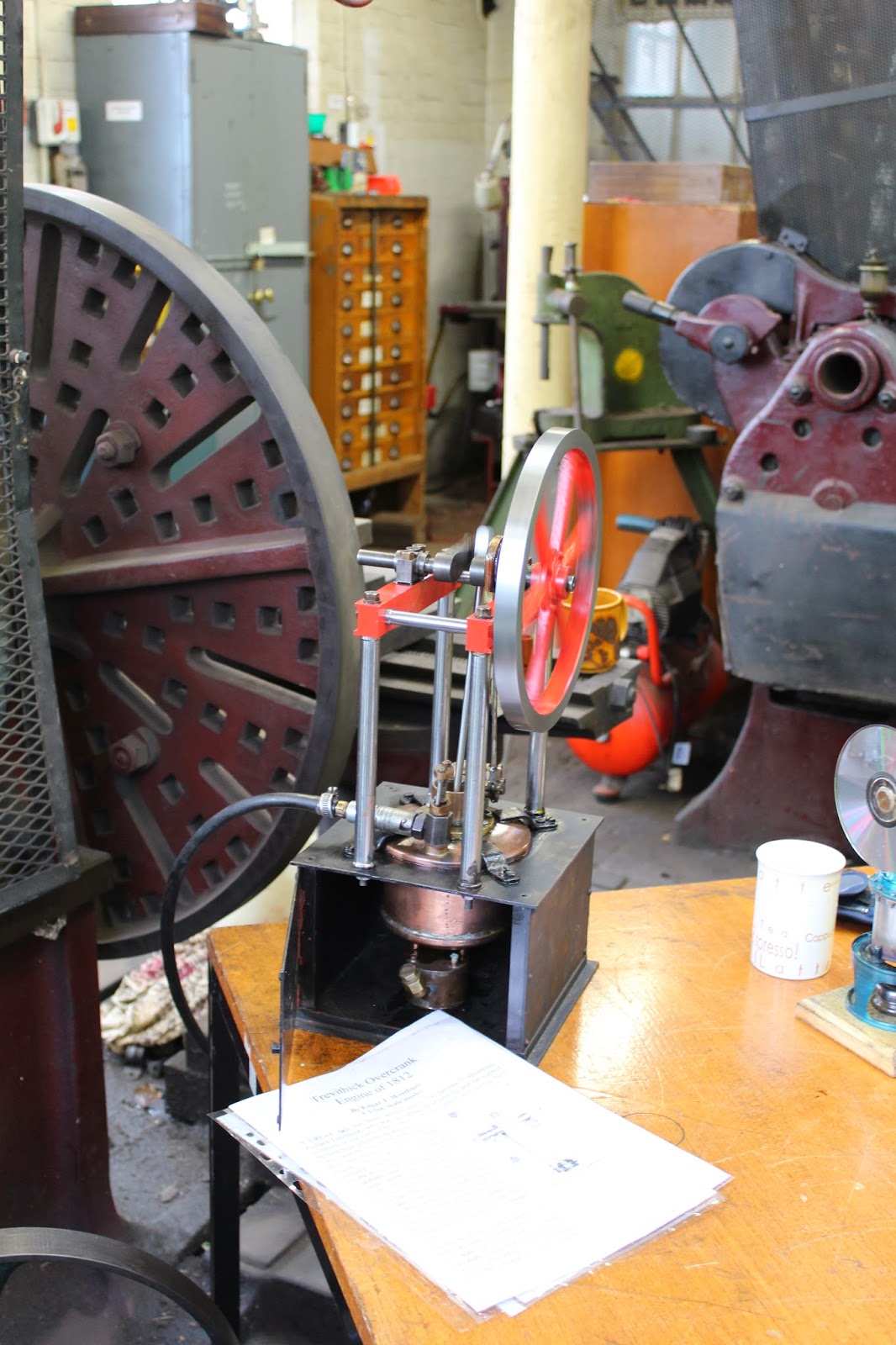 This lovely model of a Trevithick vertical engine built to E.T Westburys design - anyone know where I can get the plans? We are both big fans of Trevithicks designs, and this has now been added to my project list! 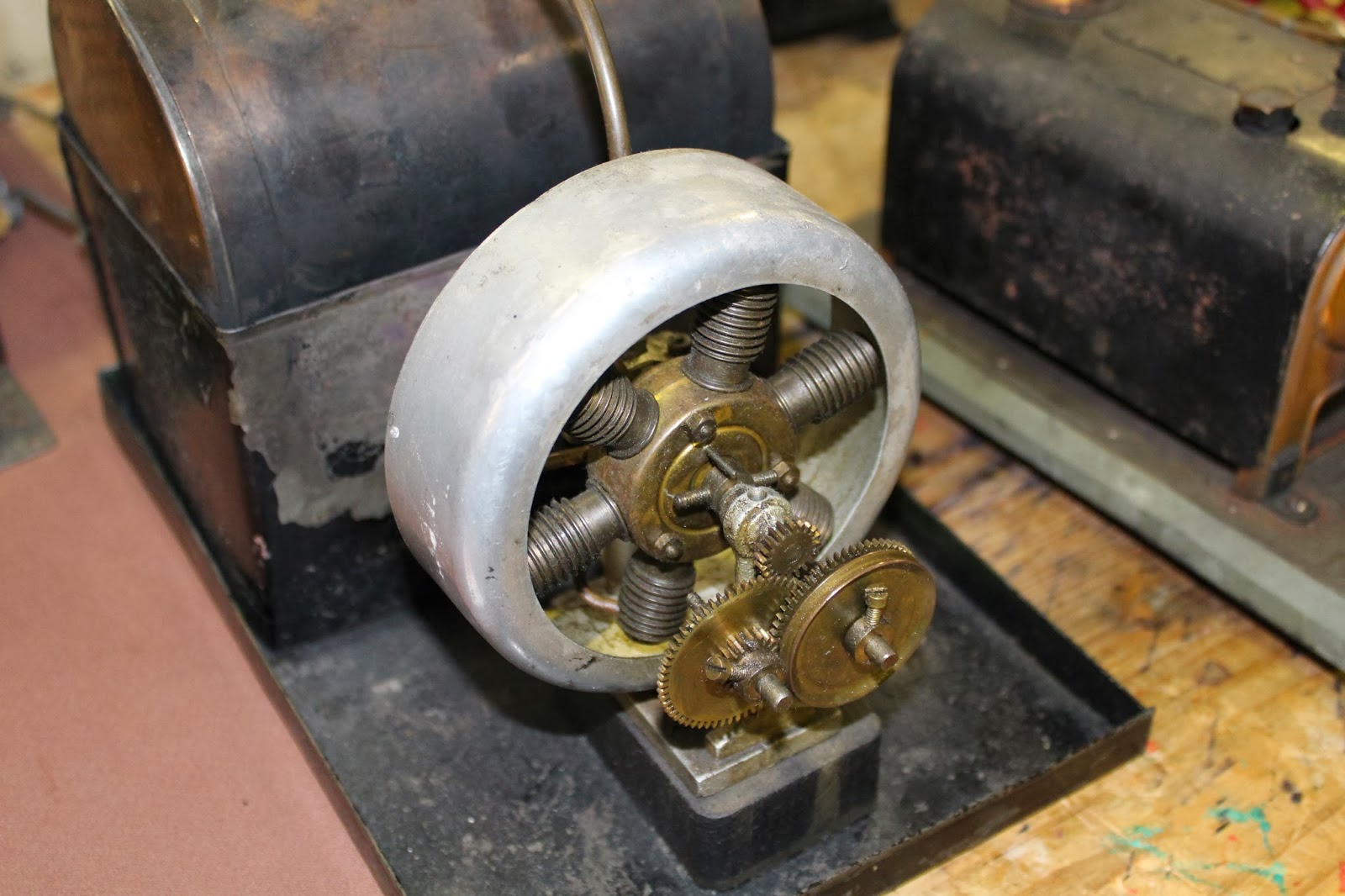 And finally, a radial steam engine - just because you don't see them very often!

I have one more post to come, showing the exhibits of just one table, each exhibit I think being absolutely fantastic!

Posted by Manbench Industries at 11:33 No comments:

Steam Toys In Action Part I

I had a very nice day up at Steam Toys In Action at the Abbey Pumping Station up in Leicester the other day. This is the premier steam toy event of the year and is always held on the first Sunday of February, so the weather generally ranges from cold to snowy, this year however, we had some well received sun!

As usual, the sheer number of exhibits on show was fantastic, with some seriously rare and valuable pieces of equipment on show. This show largely focuses on the toy steam aspect of the hobby, focusing more on Mamod and Bowman rather than the larger model engines often seen at exhibitions.

I had planned on taking my Maxitrak steam wagon up to mess around with outside, however, a section of my train journey back required a replacement bus service and I didn't fancy having it thrown about in the underbelly of a bus. Next year though I plan to exhibit up there again.

I shall probably post two or three posts of things I found interesting over the next few days. 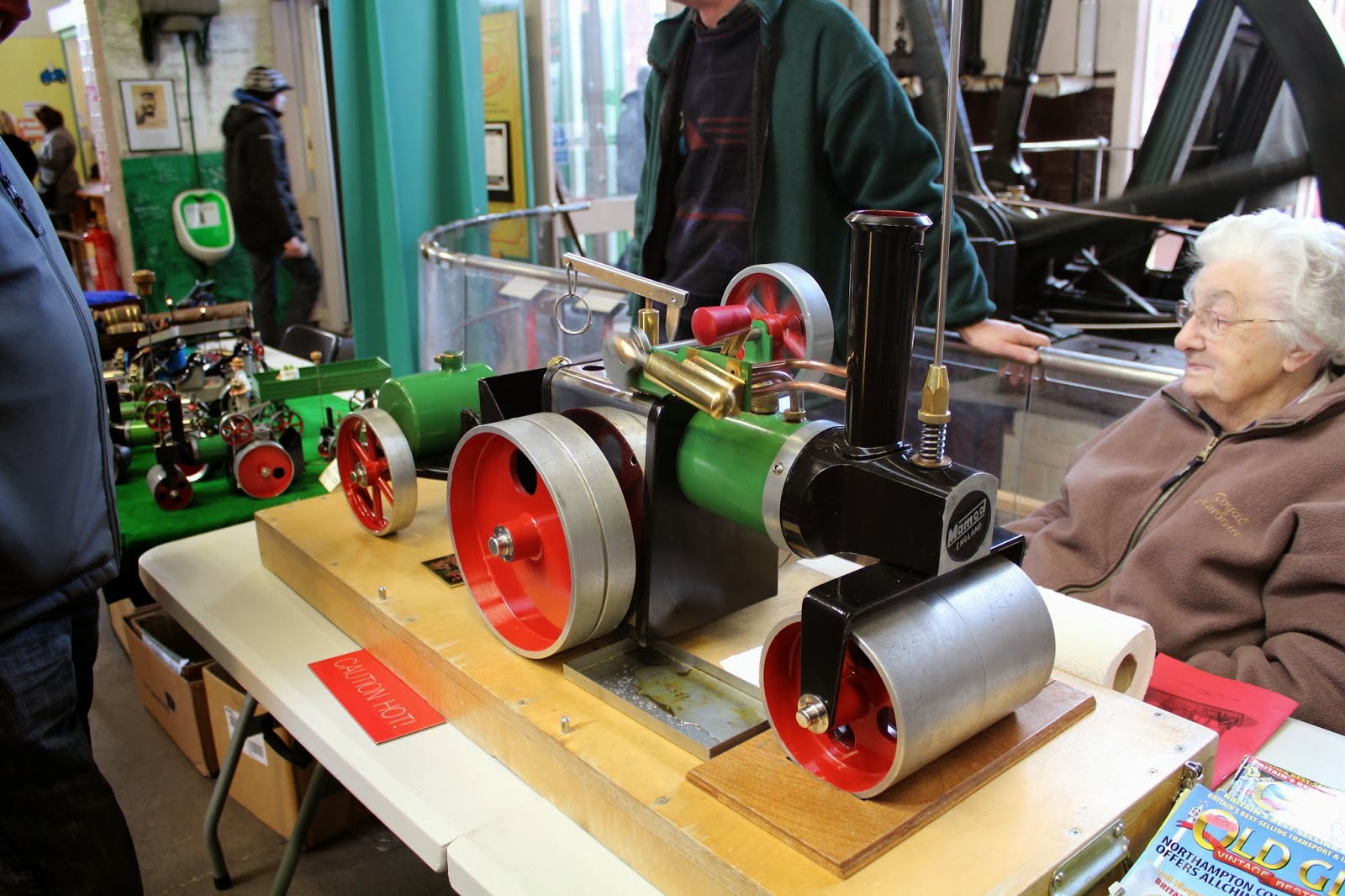 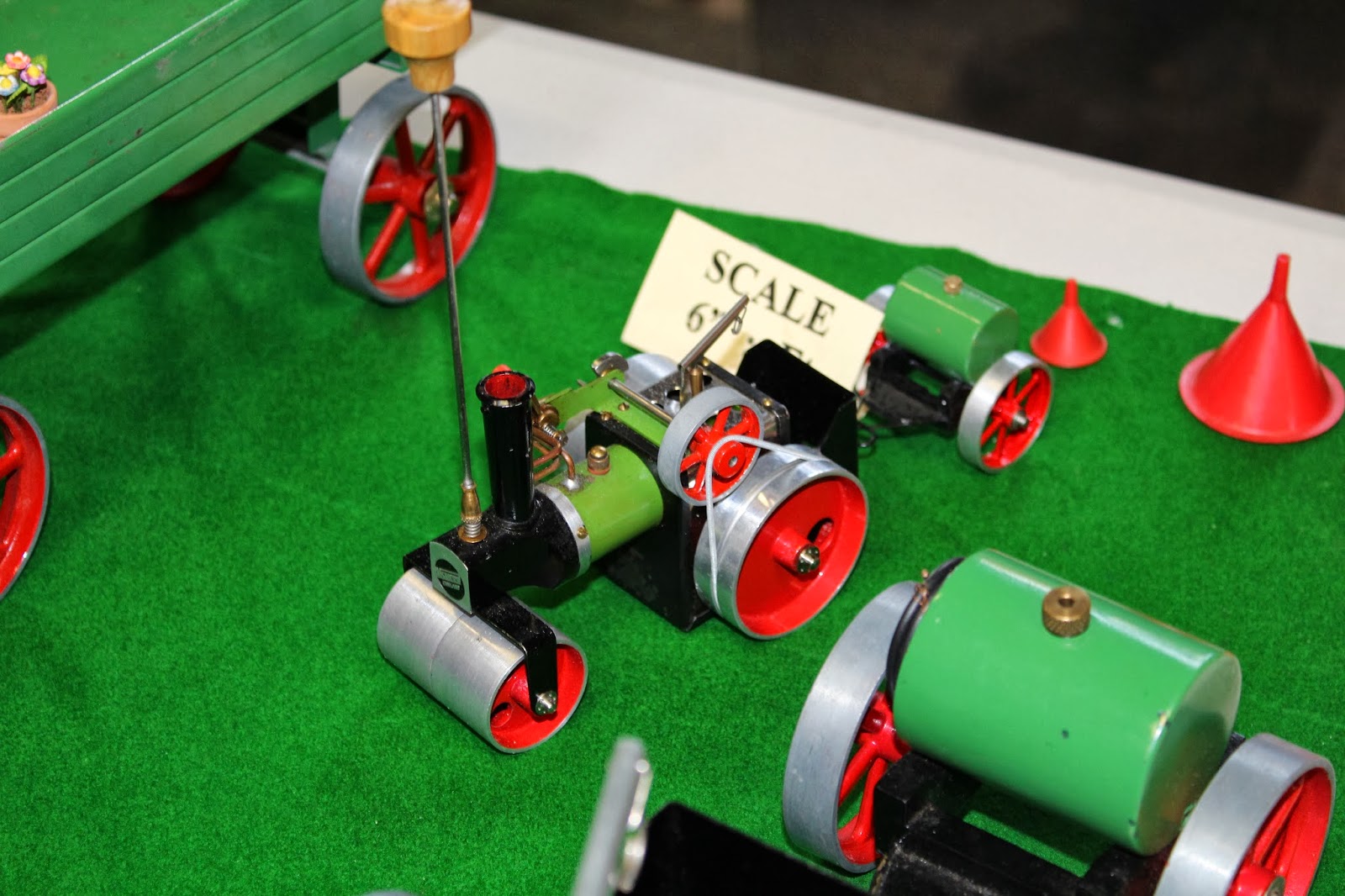 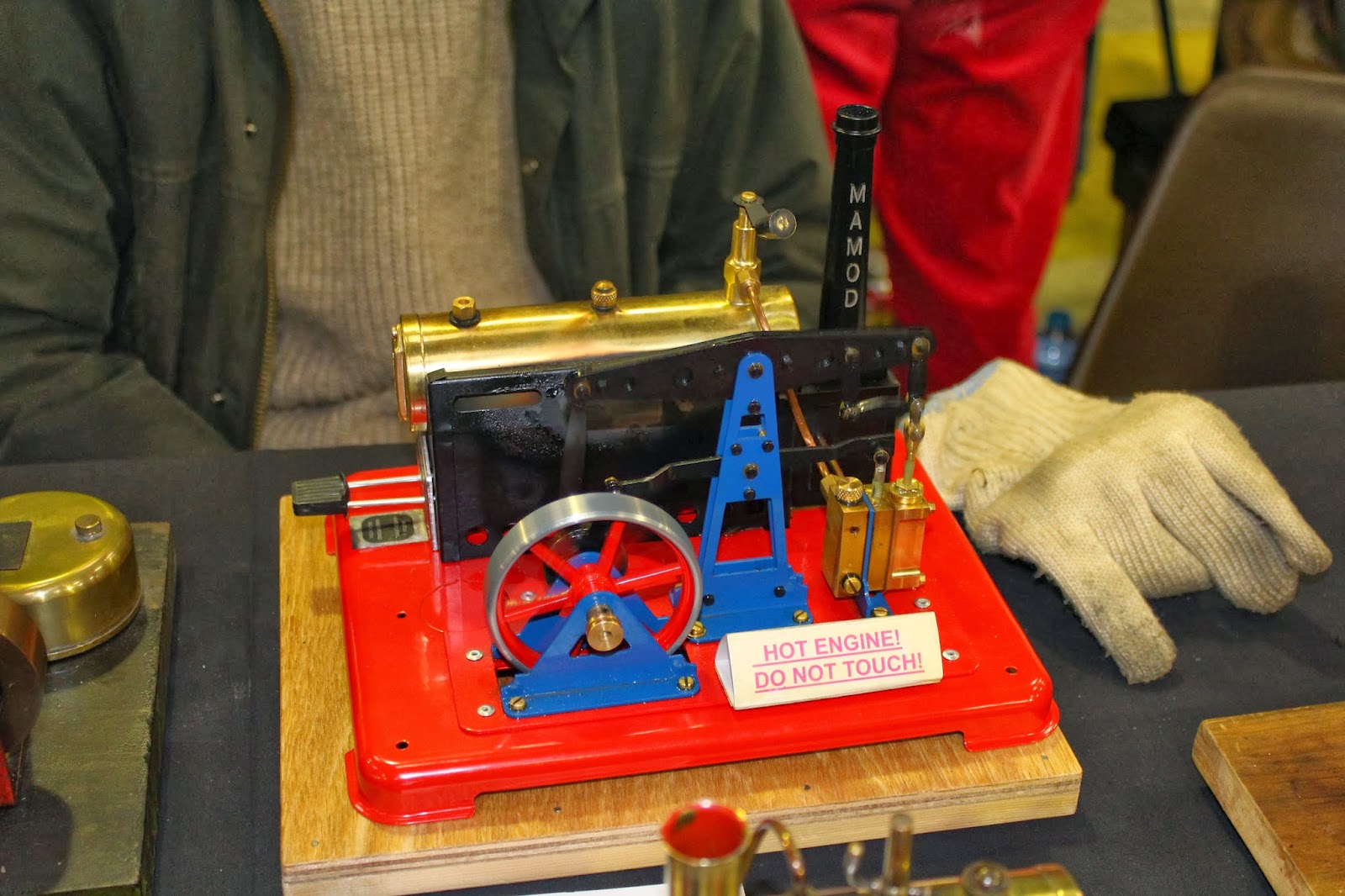 The fantastic new Mamod SP8 beam engine...may just have to buy one of these! And finally, this gorgeous stationary engine, the styling of this really ticks all my boxes!

Posted by Manbench Industries at 18:07 No comments:

So I was asked a little while ago for some more details on the workings of the box joint jig I made quickly a while ago and posted on here. I was going to write up a detailed explanation with some photos, however a quick google search saved me the job! The animation I found on the linked website explains how my jig works exactly... with far more clarity than I could have achieved with some writing and a photo! I hope this solves any confusion, comment if not! 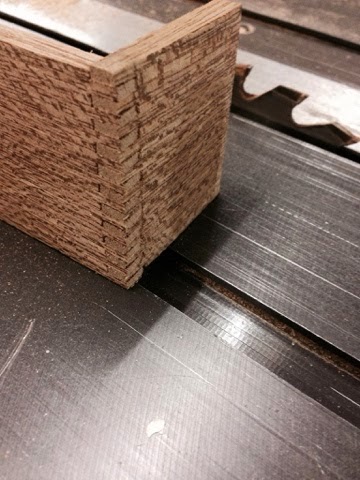 Thanks for the interest!

The Carpenter.
Posted by Manbench Industries at 17:48 No comments:

I will be writing a report on Steam Toys In Action in the next few days once all the photos have been sent to me from home as I left the camera I took photos on there...

...so, just a short one today, my step-dads parent's were going through their loft and came across this along with a few lovely old engineering books dating from between 1925 and 1933. I have yet to find out further details on when the engine was built, but I suspect it was built as one of his training pieces at Rolls-Royce...does this make this a Rolls-Royce engine?! 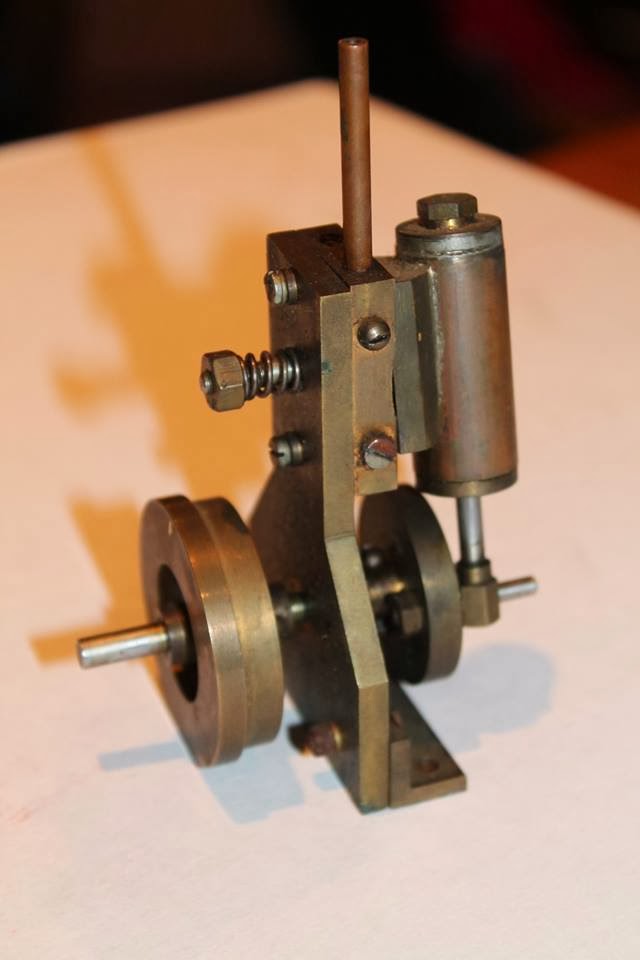 Posted by Manbench Industries at 22:01 No comments:

As usual, the part II of the post jumps ahead a *little* bit as I am generally too eager to get something up together and running...

Anyway, after various problems, I got wagon number one working. To celebrate, I decided to steam it up and take her for a run up through the village up to The Carpenters house - a round trip of 1/2 a mile, done on two fillings - not a bad run at all! 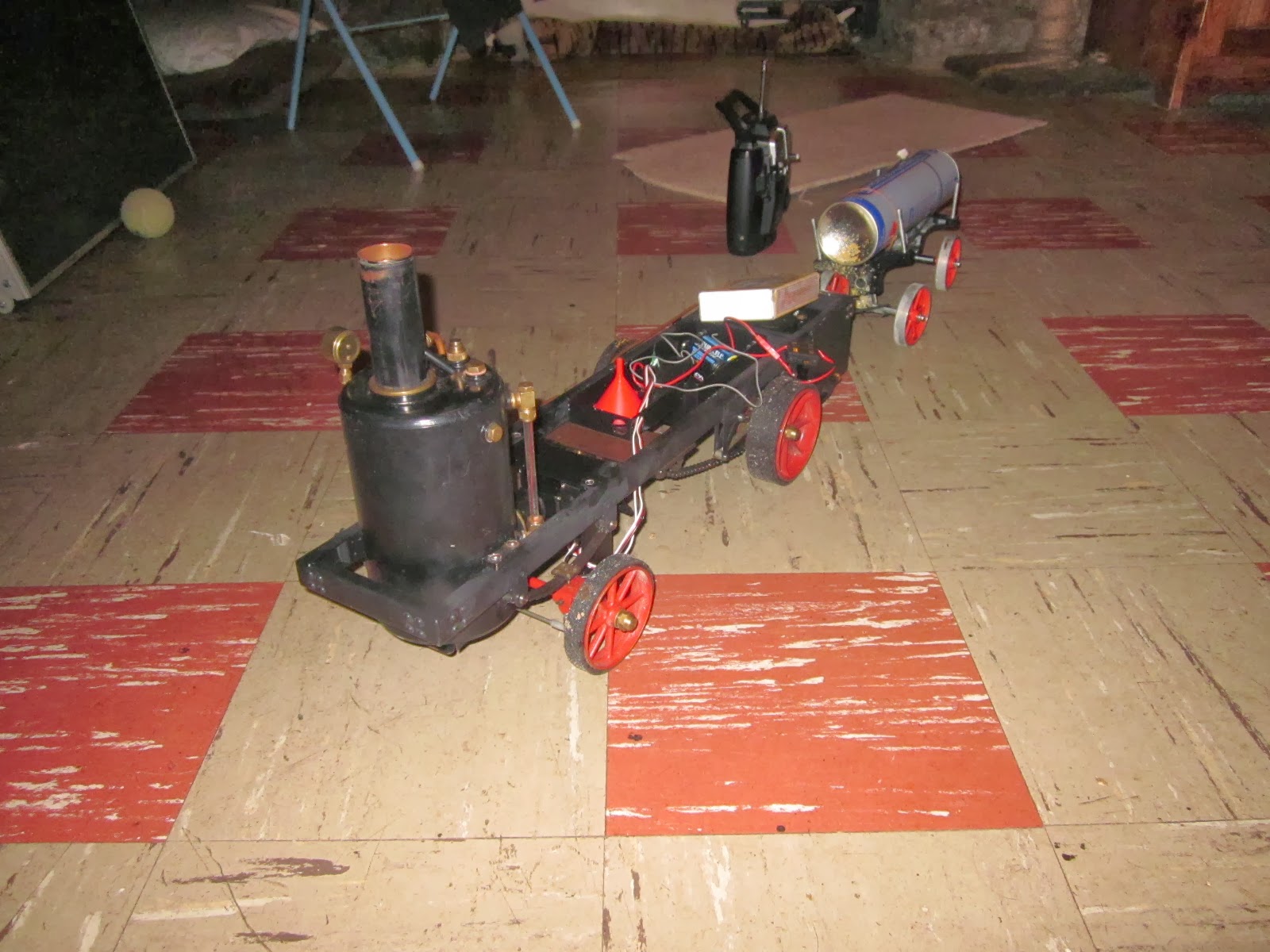 A re-fueling cart - gas tank on a Mamod wagon. 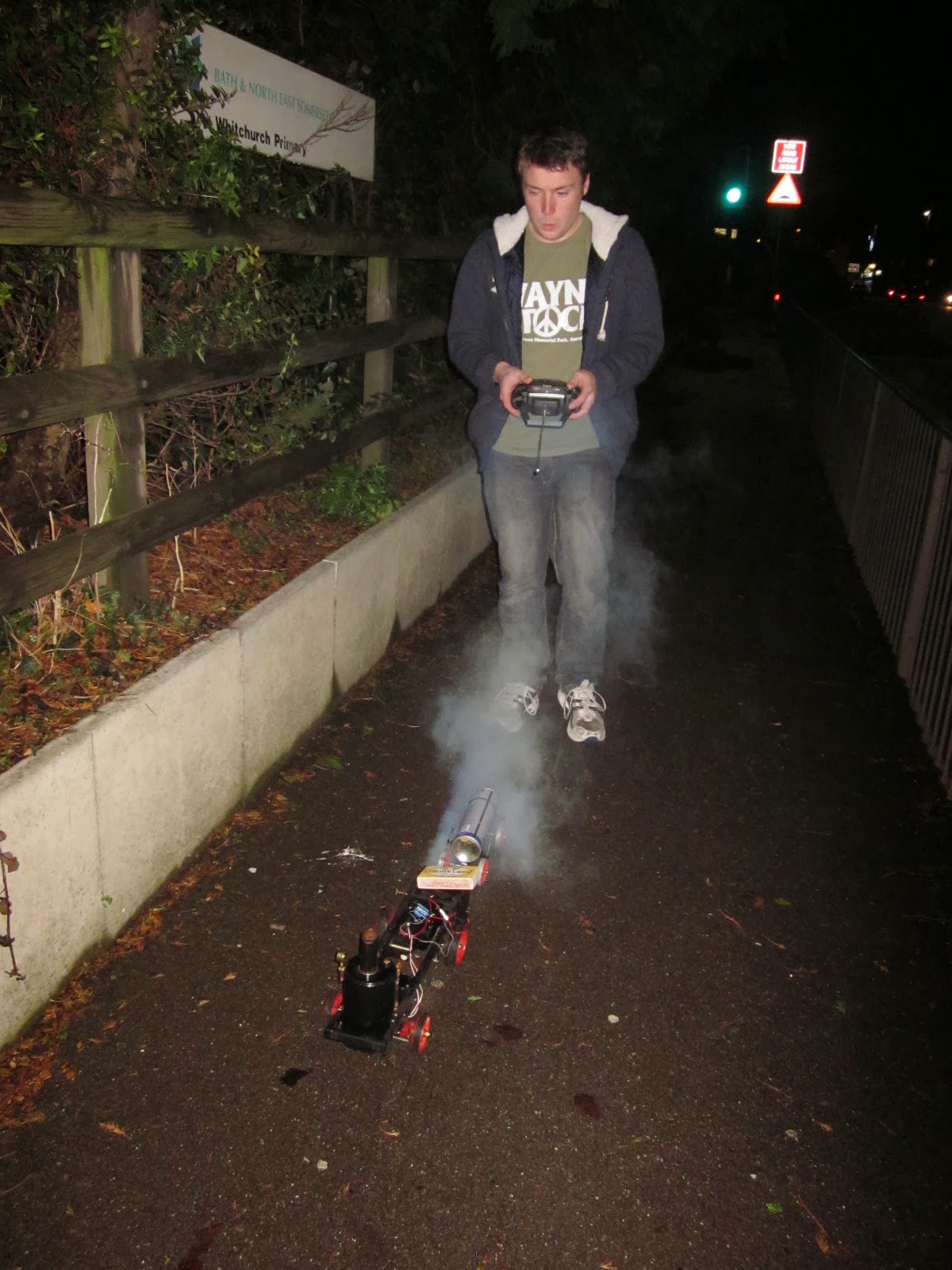 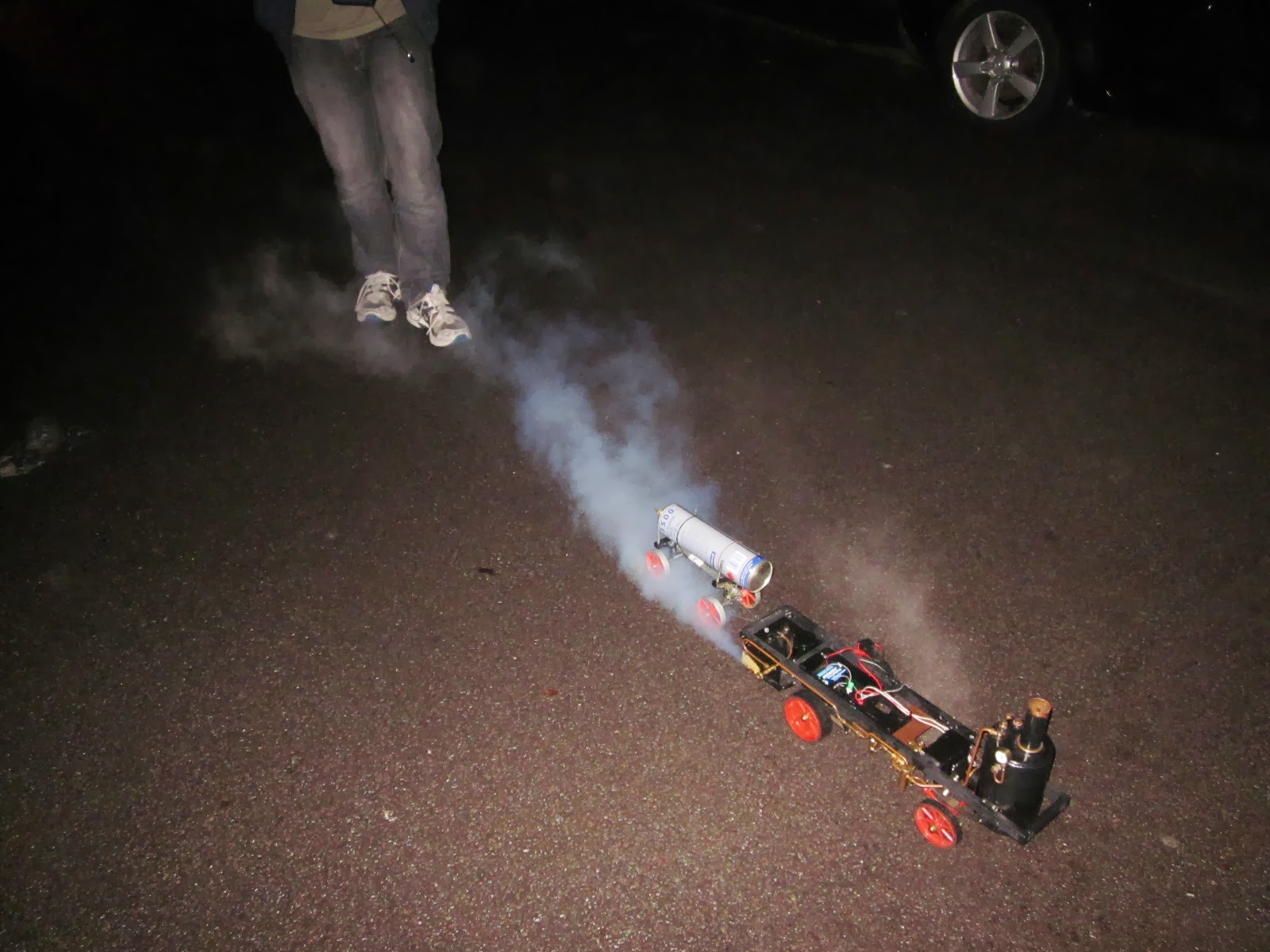 A brilliant plume of steam.

As you can probably see, there is still the requirement for some form of bodywork, so you will see some progress on this wagon.

Also, there is the second wagon to go together, so I'll try record the rebuild of that one a little more closely.

Unfortunately, the wagon will not be at Steam Toys In Action tomorrow, as the train back from university has a replacement coach service and I don't fancy putting her in the underbelly of the bus!

Posted by Manbench Industries at 20:50 No comments: